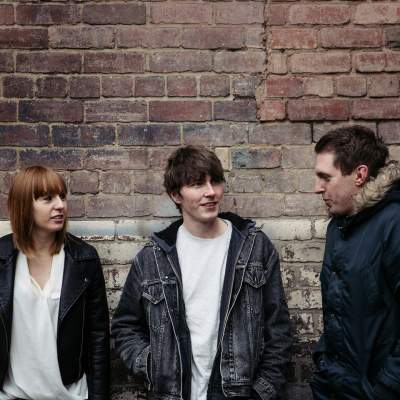 FloodHounds are a fast-paced 3-piece British indie-rock band from Sheffield. Their “gloriously guitar-heavy rock,” takes you from British Indie/Rock to raw American Blues and hits you like a British Black Keys or White Stripes, inspired by Band of Skulls, The Family Rain, Drenge and just a hint of Black Rebel Motorcycle Club.
Record of the Day, featuring the band’s current single A&E, said FloodHounds were; “Raw, plucky, spirited and confident, basically everything you could ever wish for from a young UK breakthrough group.”
EPIII – “Look what you’ve started” is officially released end of September, and includes the current single A&E, “a corker of a track!” plus Soulmates to Cellmates, and End of the Road – all with videos – and three new tracks, highlights of their live set, including The Fear, the soulful Greatest Mistake and the upbeat State of Mind.
With a BBC Introducing Live Session, plus a fresh batch of new music ready to record this Autumn, FloodHounds have been roaming London and the North, including; Manchester, Leeds, Derby and York, and playing the kind of music that prompted It’s All Indie blog to say “it might be 10 am on a Sunday morning… but FloodHounds are making me feel like it’s 10pm on a Friday night.”
The trio were picked, out of 1,200 unsigned bands applying for official emerging slots, to play at Sheffield’s iconic Leadmill for Tramlines 2015, to rave reviews from Sheffield’s own Exposed Magazine; “FloodHounds’ rock n roll flawlessness, accompanied by a cheeky enticingness in lyrics, is a perfect addition to the South Yorkshire Sound.
The band’s new 3-piece incarnation emerged late 2014, when founder members Jack Flynn – the vocalist, guitarist and songwriter of the band – and bass player Rhys Owens, were joined by drummer Lauren Greaves.