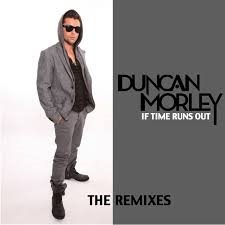 Billboard charting sensation Duncan Morley continues to break ground in the music industry. His latest single ‘If time runs out,’ raced up the dance charts world wide courtesy of star DJ Paul Oakenfold taking a savage liking and remix to it. Oakenfold continued to be a heavy supporter of Duncan Morley by releasing his remix of ‘If time runs out,’ on his latest album, Vegas To Ibiza Vol. 3. Morley’s single went on to be awarded the Billboard Hot Shot Debut position, becoming the most added dance song in the country. The track has gained massive exposure, receiving over 1.3 million views on youtube, reaching Top 25 on the Billboard Hot Dance/Club Play Charts and topping the DJ Times National Dance Charts at #3. Radio mogul Vic Latino showed his strong support by making the single a ‘power record’ on his radio stations from New York to Florida, which lead to additional play on stations like SiriusXM and Chicago’s Dance Factory to name a few. Vic Latino has currently teamed up with Duncan Morley along with Multi Platinum Record Producer/DJ Steve Migliore and Grammy Nominated Producer/DJ Mike Rizzo to collaborate on a new single called Evolution, written by Morley.

Duncan Morley is a singer/songwriter/producer and performer as well as the Founder/CEO of Mind Over Records (INgrooves/Universal) and Co-Founder of Flip The Grip, a non profit organization whos mission is to raise spiritual awareness.”