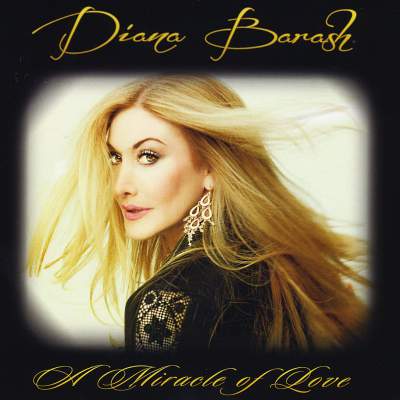 Born in Eastern Europe in the midst of the crumbling rule of the Soviet Union, Diana had begun her classical music training at the age of seven. Soon thereafter, she set out on the long trek across the world, escaping the suffocating hand of the government-ruled state. Along her travels, Diana absorbed many cultures into her music and was shaped by multicultural beats as well as more traditional genres, such as Jazz, R&B and Pop.

A versatile performer, Diana begun performing on stage at age 16 and continues to entice us with her voice. She has settled, in the Los Angeles area, where she continues to embrace her long love for composing and singing. Diana writes all of her own music, lyrics, instrumentals, and soundtracks.

Diana’s debut album, “Miracle of Love”, was released in November, 2013. Several tracks were co-written in collaboration with renowned jazz pianist and composer, Sunnie Paxson. While Diana can be classified as pop artist, her soulful singing style is multifaceted and her lyrics are full of poignant message of love, hope, empowerment and perseverance.

She conveys her message through opening her heart to an unsuspecting bystander and speaking the unabashed truth. Her instrumentals are both tender and powerful at the same time. Soft but determined, her voice envelopes the listener in the crushed velvet that is her heart and soul, while delivering the powerful message to live one’s life, dare not to follow and, to be different and make a difference!