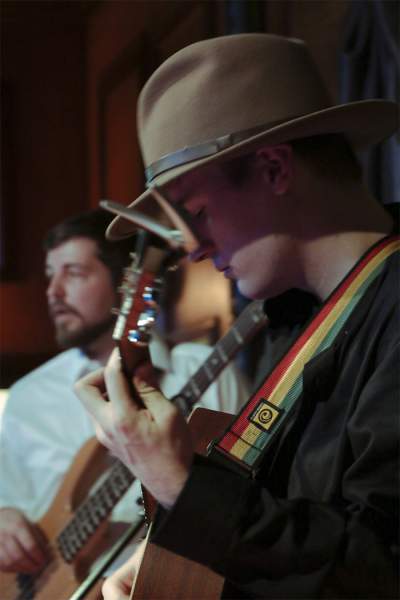 Devin Leslie is a twenty-two year old songwriter, performer, and producer, from Indianapolis, IN. As an independent solo artist, he has released one full-length LP, and several singles. Currently at work alongside long-time producer and collaborator Eric Marlow on his second project “Love Like This,” Devin is blurring the traditionally-laid lines of style and genre with a goal of setting new sonic trends in the industry.

Devin began playing and receiving lessons in music at the age of eight, and began writing it at the age of twelve. A multi-instrumentalist who can write in
traditional and pop formats, he’s influenced equally by Lou Reed as he is by the trap sounds from mid-2000s Atlanta hip-hop.

Devin is expected to release his second album “Love Like This” in the latter-half of 2016, in which the artist
will seek to broaden his new personal sound, which he has defined as “Trap-Folk.”