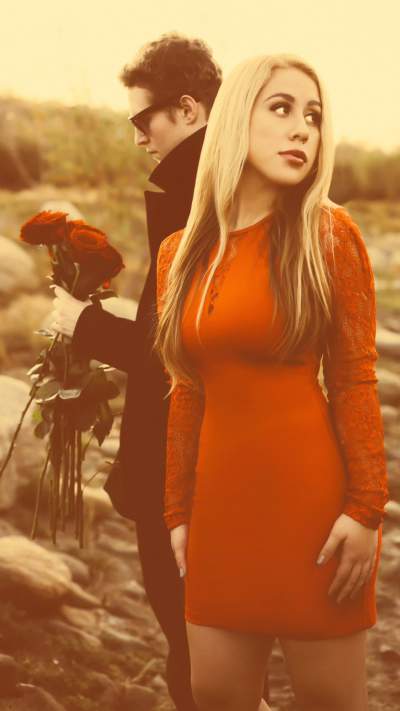 Destiny is a 20 year old Singer/Songwriter/Musician from Malibu, California.

Destiny, Nominated for Independent Music Video of the Year 2015, at the 6th annual Hollywood Music Media Awards, was 5 when she first appeared on the television network Univision as part of an original tribute song for 911 victims. Before turning 12, Destiny had written 5 songs that were on iTunes and on 23 radio stations. Destiny entered and won multiple 1st place songwriting contests including the one she won her sophomore year in High School. She was encouraged after reading the contest evaluation statement, “You are already a star in my eyes.” The grand prize was to see and meet the staff at Remote Control Studios- home of 4-time Grammy Award winner-Hans Zimmer!” There was no turning back for Destiny!

Before her high school graduation, her schoolmate James, son of industry leader, Mark Burnett, signed Destiny as his first Songwriter. Destiny now works with multiple Publishers and is excited about all her new projects!

Destiny, has written over 125 songs in multiple genres and is elated that one of her original songs, “Sweet Dreams” premiered on the premiere of TLC’s new Series, “Answered Prayers” hosted by award winning actress and producer, Roma Downey in 2015!

Destiny’s music video, “I Feel Alive” was nominated for, Music Video of the Year 2015, by the Hollywood Music Media Awards.

Destiny has enjoyed playing recently at famous venues like, the House of Blues in Hollywood, the Viper Room on the Sunset Strip, the Canyon Club, Calamigos Ranch and the Malibu Inn, with many more shows to come in 2016!

Be sure to stay connected with Destiny on your favorite social media platform. Destiny interacts with over 100,000 followers!

And if you haven’t already, enter her monthly $100 Giveaway! You could be the next lucky winner! Go to destinyofficial.com to find out more about how to enter Destiny’s $100 Giveaway!