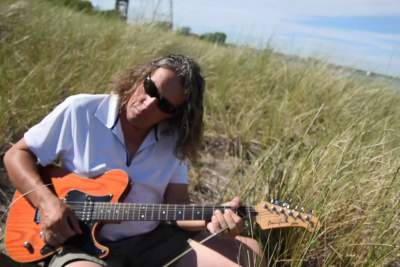 This hooky, indie, guitar music is seeded in the creatively structured 4/4 song styles of the British Rock and R&B invasions.

These tunes about traveling, justice and ineffable love on a planetary scale weave flashbacks, lyrical déja-vu and blank reality into waves of wall-battering chord patterns, leads and harmonies. This refreshingly original work is carving a niche similar to songwriting giants like Iggy, Dylan, the Velvets and the Kinks. Unique performance versions of the gems from their back catalogues keep the live sound fresh, interesting and recognizable.

Lead singer and songwriter, Desmond Grundy, has an accessible creative signature. His studied musical influences end where his stab at artistic genius begins—somewhere between 1977 and this moment of now.