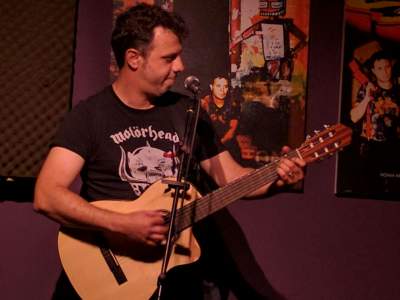 After many years of music journalism and music technology entrepreneurship, in the spring of 2016 Daniel Fogel finally decided to stop suppressing his own music and he started to publicly perform.
After a year on stages, it was turn of the first single to be recorded… and here it is – “Stick Your Nose In”, an angry protest song was released on 4th of July 2017.