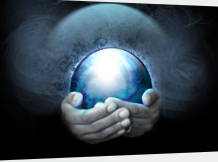 Crystal Sphere is a song writing collective featuring talented musicians from across South Wales delivering music packed with skilled musicianship with a focus on the craft of song writing, seeking to create songs that build vivid imagery in the listeners mind whilst telling the stories of true life events and those of fantasy. The members of this band came together in January 2015 to arrange works that had been previously composed and recorded at various stages over a 3 year period, Alex Martin and Greg found that this process in turn ignited a passion for writing new material together with the band recording fresh songs that complimented and developed their existing compositions. They have combined these pieces to create the album they are currently working on, (yet to be titled) at the same time they are excited for the proud release of their debut single titled ‘When I Breathe’ on March 16th 2015. The addition of the vocal exploits of Rachel Thomas took the recordings to a whole new level and Crystal Sphere believe they have created something really special. The band features the instrumental and writing talents of Martin Nicholas (Guitars, Bass), Greg Osbourne (Drums), Alex Glew (Piano, Synth, Bass) and Rachel Thomas (Vocals).