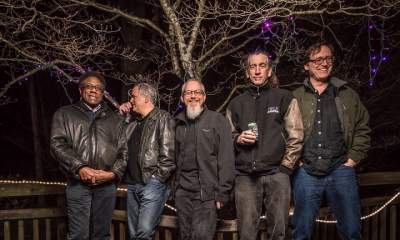 Veteran D.C.-area Cravin’ Dogs emerged from the District’s folk-music scene in 1986, which also produced such artists as Mary Chapin Carpenter and the Kennedys. By 1989, the band had morphed from an acoustic trio to a rock’n’roll quartet, and in 1991 released its self-titled debut CD. Since then, the Dogs have released 9 other full-length albums of original material, including a live album recorded at the Black Cat in D.C., and a compilation of previously unreleased songs. Over the years, Cravin’ Dogs has toured regionally and shared the stage with such national acts as Chuck Berry, the Dave Matthews Band, Styx, Cake, Aquarium Rescue Unit, and Gillian Welch.
Their new CD “Bone” will be officially released May 13th on Preash Records, and features contributions by The Sweater Set (on background vocals) and Bruce Hornsby band saxophonist Bobby Read.