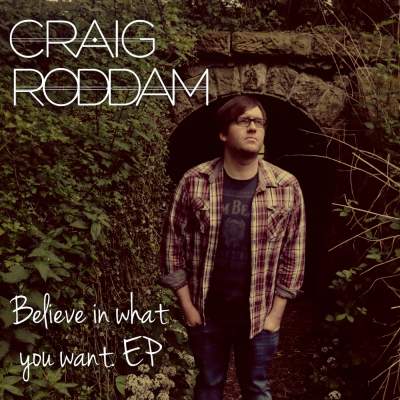 Craig Roddam is an acoustic singer/ songwriter from the north east of England that is starting to create a following of fans from his diverse and interesting performances live.

Starting out at an early age learning the guitar, his progression into songwriting had come from many influences and experiences throughout the years. His early experiences in different bands have shown him what it takes to create songs and from learning in different genres.

Now focusing on his own material Craig has the drive and passion to create meaningful songs. since 2010, Craig has been writing and composing songs and has progressed to make some really cool stuff. His first ever song ‘Believe In What You Want’ was written from an experience in a previous relationship which had given him the inspiration the help him through this tough time and also to help people relate to the similar situations. From there he has looked at other themes and influences to write more and more. His passion for music doesn’t just show in the songs he writes but also shows in his performances live.

Taking inspiration from Ed Sheeran, he invested in a loop pedal to be creative with his songs live, looping his structures live gives a full band feel to the songs and adds interesting atmosphere to the performance. The addition of adding harmonic vocals live gives it a climactic ending to a song and it is not to be missed live.

Craig has had a busy 2015 with many gigs under his belt and also achieved great accomplishments that are amazing. in March he was invited to be part of the ‘NU Showcase of Sound’ at The Sage in Gateshead. He later went on to audition and take part in to be in ‘Metro Radio’s Big Audition 2015’ for a chance to play in front of 10,000 people at the Metro Radio Arena in Newcastle. He came third overall and was just short of hitting a dream to play at the arena. He has gone on to play his first UK tour supporting his fellow friends ‘Black Nevada’. This was an amazing time and to be able to play 9 dates of the tour was an amazing accomplishment.

Following the tour, Craig has been able to live a dream that has come true supporting one of his heroes and influences. He had got an opportunity to support InMe’s own ‘Dave McPherson’ in Sunderland which was a surreal moment as he is a fan of Dave’s band and own original acoustic material. In December he was nominated for ‘Best EP’ at the ‘UBeat Music Awards’. Even though he didn’t win it, he felt that it was a big achievement just to be nominated alongside some big north east artists.

In the pipeline for 2016 is a full UK headline tour with a live band and also writing has begun for the next EP, so watch this space.