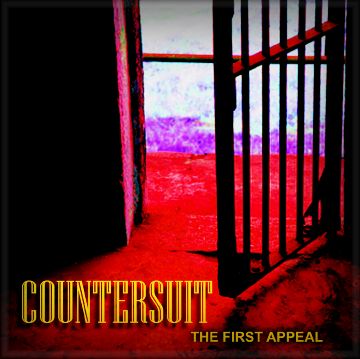 The name: CounterSuit… a response, a rebuttal to relationships. Here is an answer to life’s circumstances. Some serious, some a little sarcastic. Here… a four piece Rock group from North Eastern North Carolina.

William Charles Waugh (Bill) has performed in Las Vegas, opened for Country artist Bill Lyerly, shared a stage with Jon Royce of “The Beam”, worked with Limp Bizkit’s former manager and played many festivals in Boise, Idaho. His songs have been on several records, one sent to France and one aired on an FM Rock station in 2012.

Bill picked up and old acoustic guitar at age 13 and began playing along with songs on Country radio. After 10 years, Bill realized he could put some lyrics and melody to the chords he had learned, and started writing songs of his own. He soon set up to record them at home so others could hear what he had created.

After moving to North Carolina in 2013, a co-worker and drummer, Johnathan Sharpe, befriended Bill, and with a few weeks of jamming, they decided to start a new band. And “CounterSuit” was born…

Johnathan Dewayne Sharpe (John) had a friend and mentor gift him an old drum kit when he was about 7 years old. He played around for years with other musicians, joined a few cover bands and performed several live shows.

Brian Waugh ties it all together with the bass. Bill’s twin brother, they have performed in the past together in a Rock band.

Matthew Godsey (Matt), who has been a part of Carolina Crossroads, got his start in 1998 as a versatile musician, experimenting with any instrument put in front of him. Although influenced by Progressive Rock, Matt has spent years in his church Worship group, and spending his free time intentionally surrounded by music.

Matt was brought to the attention of Bill and John by Scotty, and he carried his electric guitar and keyboard into the studio. He brings the leads, accents and fullness to complete the sound of CounterSuit…

Collectively, the band want to create an original Rock sound, pushing each other and themselves to be altogether better musicians, and to see how far it will take them. The songs have a message, the music has an appeal that moves emotion… CounterSuit..