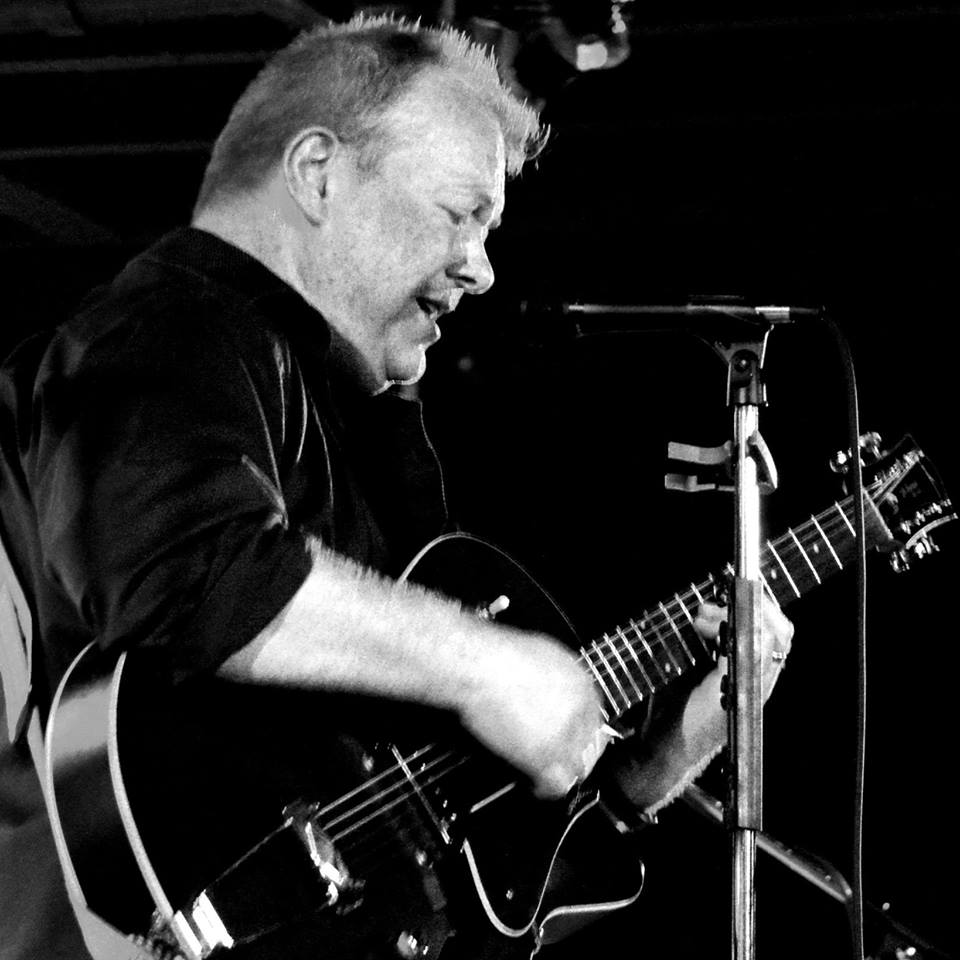 After being soundly beaten in his attempts at piano and violin he found his true instrument in a second hand guitar. Raised in a musical family- Bud’s dad was a jazz bassist and his mom a public school music teacher. Exposed to jazz, classical, opera and show tunes, he favored blues and rock. He earned a B.A. in Music Performance from Southern Illinois University-Edwardsville focusing on classical guitar and playing in the college jazz band. He travelled the midwest/south and recorded two records with “The Shotdown Band” a contemporary country group. He later played guitar for “Tizzy” (80’s rock), “Calson”(Country), “Night Train” (Blues/Soul) “The Stingers”(Classic Rock) and was a member of the “House Band” at Blue Mondays” before going solo in August of 2006. He has released five CDs of original music and averages 140 shows a year. Based in St Louis, Bud also is a regular performer in Chicago, Michigan and Nashville. He occasionally plays with various duos and also does a handful of shows each year with “The Stingers”, “The Floyd Duncan Orchestra” “Grace Street”.
Bud’s been a member of the music faculty at Principia College, Greenville College and Lewis and Clark College. He’s been a guest instrumentalist on ten records and has had two of his songs recorded by other artists. His first full-length solo CD project “Golden” was released in May of 2008 followed by “Eons” released March 6, 2010. A live recording of a solo show at Chicago’s Elbo Room was released in 2011 as Bud Summers “Live in Chicago”. His fourth album, an instrumental compilation of holiday music entitled “Midnight Clear” and was released March 1st, 2012. “The Great Divide” a fourteen song disc was released on April 1st of 2014.

Bud’s vocal style is edgy but smooth and his writing is an eclectic blend of blues, jazz, rock, and folk. His guitar skills have been honed by studying classical and jazz music and by playing in rock, blues and country bands for more than twenty years. Live shows can be cover tunes- a wide mix of 60’s through 2000’s pop, blues, classic rock and easy listening styles or all original music from his five independently released albums.