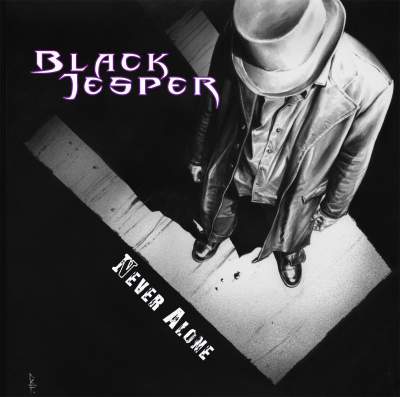 The Black Jesper project began to take shape in 2009, but it was not until 2011, with the release of the debut album “Never Alone” (self-produced), that everything started to take shape. In the making of the record were involved the following: Pierluigi Fabi, lead vocals and guitar (author of all songs, both music and lyrics); Emanuele Calvelli, bass; Federico Carradini, guitar; Danilo Davelli, drums.
The idea behind the band was to combine the melody associated with the classical guitar (Pierluigi graduated from a music conservatory) and the hard edge associated with heavy metal and hard rock, therefore giving birth to strength and rage mixed with melancholy and intimacy.
In 2011, Black Jesper also performed in various clubs in Rome to introduce the album (Locanda Blues, Contestaccio, Jailbreak). Currently, during live performances, they have been involving musician sidemen because the members lineup has yet to be finalized. The group currently consists of Pierluigi, Giulio Giancristofaro (bass player), Giovanni Iurisci (guitar), Mirko G. Mazza (guitar), Luca Marini (drums) : they are looking for a record label who will fully embraces the project.
Loneliness (both physical and psychological) is the main theme of the album, which is reflected in its tracks, its title, and its cover. Loneliness is portrayed as an enemy to be defeated, and a condition from which one can escape using one’s own strength and the support from those around. The logo, however, represents the reality of life, which has many “faces”: everyone can read into what it reflects.
Both the cover and logo are the work of cartoonist Riccardo Federici (www.facebook.com / riccardofedericiart or to “Riccardo Federici Fans”), not only one of the best artists at the national and international level, but also an invaluable friend. “THE GIFT”, the last track on the record, hides a “ghost track” (after 1 minute of silence), not present on Myspace, which is a tribute to Blues, to the South American sounds, and classical and acoustic guitars.
Our brand new song “Nobody’s Gone” is once again about loneliness, loss and faith and is dedicated in loving memory of 3 friends passed away for cancer. It’s a kind of dialogue among us, God and our 3 friends. We think that nobody is ever really gone so we believe with all our strength that our friends are still with us even if we don’t see them.