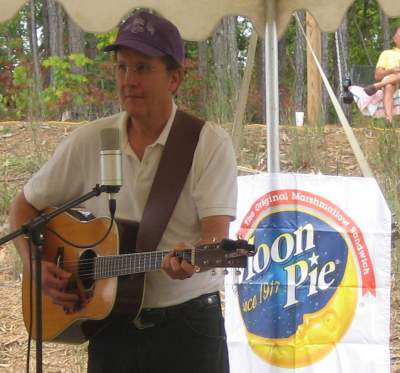 Bill Long began his musical education at Atkinson Elementary School in Newnan, GA, part of the public school system in Georgia, where he played flute, xylophone, and wood blocks. Starting in the 5th grade, he began private piano lessons, which he took for 2 years, ending after his recital at which he played “Alley Cat” instead of one of the classical pieces that his piano teacher favored. At 14, he persuaded his parents to buy him a used Hofner electric bass and Silvertone amplifier, took 1 lesson, and formed a rock & roll band, The Zircons, with 4 classmates. With practice, and their parents’ indulgence, the band developed a following in middle Georgia. The Zircons broke up after high school, Bill went to college, and drove his roommates to distraction playing acoustic guitar. Then, by serendipity, he fell in with a bunch of top notch and historic string band players in his local community of Dacula, GA and has enjoyed a resurgence in playing and performing folk, bluegrass, country, gospel, and original music. Bill has recorded a few of CDs as solo projects and with several bands. He is currently doing solo and band entertainment with a set of acoustic bluegrass, country, folk, gospel and original tunes. A few of his tunes can be heard on www.reverbnation.com/billlong and SoundCloud at https://soundcloud.com/musicbill. Downloads are available on CDBaby at http://www.cdbaby.com/Artist/BillLong.