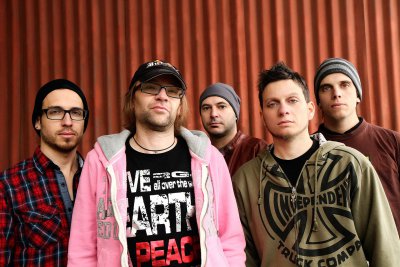 Better Than Grey
We’re a Pop Punk band from Sofia, Bulgaria. The band was formed in 2010, since then a lot of band members have changed, with only Justin (Vocals) and Frankie (Guitar) remaining at one point. Current line-up includes also Marin (Guitar, back vocals), Assen (drums) and Marto (Bass).

Through out the years we’ve been trying to make high quality music with no compromise, always looking for a good melody, interesting arrangement and lyrics that are meaningful. We got 12 original songs recorded and produced by us, released using TuneCore – can be found in all the major music stores on the world wide web. Album is called “No Way Back”.

We’ve been performing in many local clubs and also some international events, festivals and also clubs. So far we’ve had the pleasure of playing in Italy, Czech Republic, Greece, Poland and Bulgaria. We’re currently working on promoting our debut album, searching for good places to play and hopefully some bigger headliner band to make a tour together.

Music from Better Than Grey