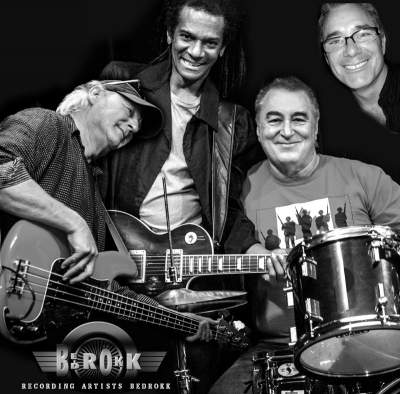 Formed in Toronto,in the summer of 1992.Bedrokk began as a instrumental-rock outfit featuring members of numerous musicians in and around Toronto.
Prompting a change of direction signaled by the introduction of vocalist Robbie Brennan,
in 1995, the new-look Bedrokk debuted their first CD entitled “EVOLUTION” .which led to a HOT PICK with Canada’s two top radio stations-Q107 FM and CJAY FM