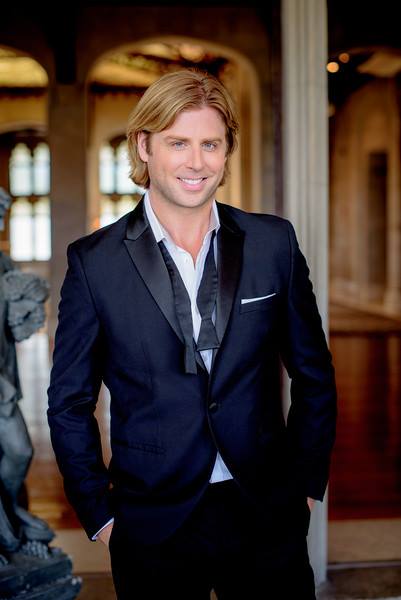 Musicians come together to remind society to respect the serenity of the jungle with a reimagining of the classic track, first known as the African lullaby.

FYI – Memphis born Vocalist (music on CMT, GAC, MTV, and VH1) and Actor (Days of Our Lives, Gilmore Girls and the upcoming “The Ultimate Legacy” on Hallmark Channel) Beau Davidson was recently named one of “Nashville’s 25 Most Beautiful People” by Nashville Lifestyles Magazine and one of Cosmopolitan Magazine’s “51 Hottest Bachelors,” (representing his home state of Tennessee). Beau is a rare talent – with charm, personality and intelligence to go with his movie star good looks and virtuoso singing gift.

Nashville, TN (September 2015) — With a genre-spanning voice rooted in the eclectic history of the Nashville music scene, recording artist/songwriter/producer/actor Beau Davidson has lead an interesting life in music to say the least. With breakout hits like the rock-tinged “More Than I Can Give”, his ballad “The One”, and the patriotic “Blessed” honoring America’s past and present armed forces- his musical talent has brought him opportunities in many forms. But on Wednesday, September 9th- Beau Davidson will head into Nashville’s Starstruck Studios with famed Producer and Keyboardist Jimmy Nichols and legendary vocal group, Jay Siegle’s The Tokens to record a new version of their 1961 classic “The Lion Sleeps Tonight”!

Born in Memphis, Tennessee, and heavily influenced by the music of Elvis Presley, Al Green, and Otis Redding, Davidson writes and performs music reminiscent of the soulful inflections of “the Memphis sound”, in a cross-genre capacity. Citing Elvis as a main source of inspiration, Beau has always been fascinated by the musical boundaries that Elvis transcended while also balancing a career on screen. Inspired by that talent, Beau has just finished filming his role in Hallmark’s The Ultimate Legacywith Raquel Welch and Brian Dennehy, in which he plays a character who sings. In this script, Beau sings his song “Blessed,” merging three of his talents together.

Taking classical piano lessons at age four, he was already adding contemporary hits like “Great Balls of Fire” to his repertoire on his own. He later took his musical aspirations to new heights by attending Northwestern University’s prestigious School of Music in Chicago, where he graduated magna cum laude with a degree in vocal performance/opera and political science. Continuing as an actor in Chicago, he appeared as “Danny Zuko” in Grease along with many other productions, such as the Lonny-Price Directed “A Little Night Music” but captured his own Memphis experience along the way, penning a songbook that reflected his upbringing and personality.

Moving to Los Angeles where he guest starred on Days of Our Lives and Gilmore Girls, Davidson wrote music that he later released as a digital EP titled “The Good Hurt”in between projects. His debut single, “More Than I Can Give” was the song that catapulted his career. Independent of any record label or production company, the corresponding music video landed on the websites of CMT, GAC, MTV, and Vh1, indicative of the fact that Beau’s music appealed to a diverse audience from contemporary country to pop/rock. Beau was named one of “Nashville’s 25 Most Beautiful People” by Nashville Lifestyles Magazine and one of Cosmopolitan Magazine’s “51 Hottest Bachelors,” representing his home state of Tennessee.

Now, with Beau Davidson teaming up with doo-wop legends- Jay Siegel’s The Tokens and Producer Jimmy Nichols to record “The Lion Sleeps Tonight” at Starstruck Studios Wednesday, September 9th- Manager Paul Kasofsky of rainbowmanagementco.com promises “the project will definitely turn heads. Something from the old to the new!”.