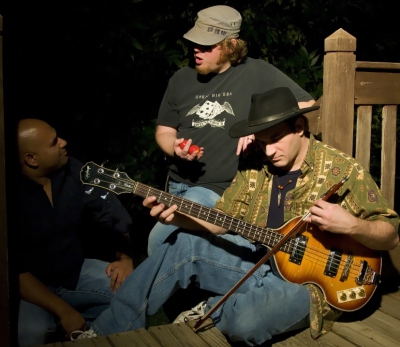 BARLEY STATION is one of those rare double-fronted bands whose music combines the roots of Americana, Pop/Rock, Country, and Folk and puts them in a blender with a dash of amaretto pouring out a tasty glass of contagious sound! The result is a distinctly alternative blend that draws deeply from its roots yet looks forward and to the future.

Leicester Bangs (UK) gets it just right with their review of the album, “they blend alternative country and rootsy folk-rock into a style that has all the pop appeal of the classic Jayhawks records, but remains earthy and resolutely unpolished. It’s a win / win for me, and I’m sure they’d appeal to both No Depression readers and fans of first generation country rock; they just need to be heard.”

And indeed they are getting heard, day by day.

Barley Station has received Best Song awards by The Akademia Music Awards twice and has been nominated for “Best Country Artist” as well as “Best Folk Artist” for the 2013 Artists In Music Awards, and “Best Country Artist” and “Best Composer/Songwriter” for the 2014 AIMA Awards. The group was a contestant in the 2013 Texaco Country Showdown and has done interviews with radio and magazines globally, including an extensive interview with the Entertainment Vine, numerous radio interviews, and has been featured and performed live on FOX 2 News, and on The Dave Glover Show on 97.1 FM Talk in their home base area of St. Louis, MO.

Their debut album After All was released on Feb 29, 2012 (leap day) and stayed in the top 40 in the Country/Alt. genre for four consecutive months (including two months in the top 10) on the APD Global Radio Indicator Charts TM. The album has appeared on the Roots Music Charts, and on the CMJ reporting stations that added songs into rotation, those songs broke through the top 30 by the second week. The group toured the United States to support “After All”.

Music Dish Journal puts it this way about the critically acclaimed first single, “Rootsy alternative country at its best” and “I Found You” will find itself at home in any country music fan’s collection.

And Marsbands.com proclaims, “Barley Station has an addictive “twang” about their music that, honestly, I never knew I liked. In fact, I had to make a new category in the Genre section for Country just for them.”

The music features layers of real, organic harmonies, driving rhythms, and contagious melodies. The songwriting covers the whole gamut of emotions moving from upbeat bright material to darker or introspective moods. The sound is punctuated throughout with rootsy alternative country, bright pop/rock to progressive folk and alternative pop/rock sensibilities.

With roots in Missouri and Texas this quickly emerging group puts together the influences of their roots with the dynamics of the unknown tomorrow.

I AM Entertainment Magazine says, “Barley Station’s eclectic brand of rock, country and folk music will give fans of those genres something to talk about. ”