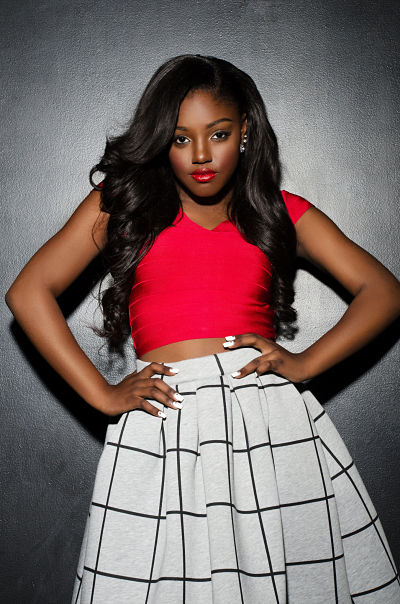 Born Asia Nicole Powell, this talented vocalist/writer hails from Yulee, Florida but now resides in Atlanta, GA. Asia Nicole’s talent began to surface around the age of six when she made herself noticeable by performing solos for family members and neighbors. Asia Nicole had a passion for singing and realized this was something she was born to do. In February of 2012, Asia Nicole started to pursue her dreams and made her mark as a newcomer to the Industry in December 2012 when she won Atlanta’s Hottest Future Superstar under 18 award. She also won the America Model Talent Search talent category. In May 2013, Asia Nicole won the King Ryan Music Showcase where she was the only Kid/Teen Artist. Recently, Asia has won the Virginia 2014 CMM Award for Best Pop Artist of the year. Asia Nicole also use her Talent in supporting causes such as anti- bullying and in fund-raising for charities. Asia Nicole has supported and Sponsored Breaking the chain organization this organization provides a variety of Services for Teen girls ages 12 -18 such as mentoring and career guidance Asia Nicole has also supported winning The Battle Organization in raising money for Kids with Cancer. Asia Nicole inspiration for music is drawn through Artist such as Christina Aguilera, Beyonce, and Rihanna. Asia Nicole is a natural in all of the elements of stardom and she makes more than a lasting impression she doesn’t only sing to entertain, but rather to inspire and empower others and with her level of persistence and ability, the rising star will undoubtedly accomplish her goals of becoming a well-known artist, entertaining millions.