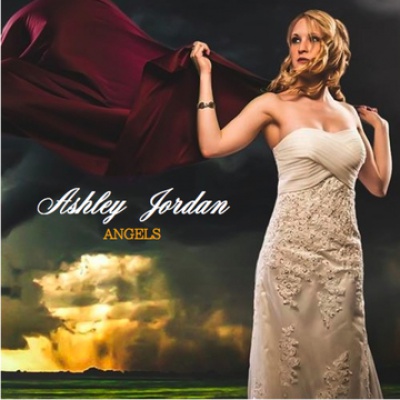 21-year old Ashley Jordan has just released her highly anticipated third album of all-original country/americana music in late 2013. Whether performing as a solo artist with just her guitar and powerful vocals, or backed by a band of talented musicians, Ashley’s unique style and unforgettable original tunes compel listeners of all ages to stop and listen. Described as “charismatic” and “honest”, Ashley has performed her music at venues across New England and has had the honor of opening for the following artists: Jason Mraz, Phillip Phillips, Christina Perri, O.A.R., Magic!, Alex Preston, Crystal Bowersox, Jess Klein, Mission Hill/Adam Jensen and more! She has garnered numerous music awards including The 2014 New England Country Music Awards “Album of the Year’, “Female Vocalist of the Year”, “Female Entertainer of the Year”, “Songwriter of the Year” and “Music Video of the Year”.

Ashley was born and raised in the little town of Harvard, Massachusetts where she first began performing music at talent shows and open mics in her early teens. She ignited a more focused music journey when she began performing original songs as a street performer in Boston just before the age of 15. Onlookers quickly took notice, and Ashley soon became recognized as a musical force in Harvard Square and on the busy streets surrounding the legendary Club Passim in Cambridge, MA.

Ashley’s childhood likely influenced the choices she would later make to keep music and songwriting her primary goal in life. Born the daughter of a Midwestern mother from Kansas and a New England father from Massachusetts, Ashley equally enjoyed her summers in the Missouri Ozarks as well as the national seashores around Cape Cod. The rich contrast between Ozark Mountain and New England Folk Country music gave her a unique musical perspective as did the early influence of her singer-songwriter Grandfather who shared his own original folk ballads with his grandchildren.

In February of 2010, at the age of 17, Ashley released her first CD of original music titled “Simple Love” and quickly found herself featured on many of New England’s most popular Independent music publications. A year and a half later in October of 2011, she released her second album “Liquid Words” and debuted her new unique mix of country/pop/folk-rock original music. This newest album also met with rave reviews and received local radio and TV play and positive reviews from dozens of online and print publications. Ashley appeared on the cover of Metronome Magazine and was selected for their coveted “Top Twenty Hit List” for two years in a row! Doug Sloan of Metronome stated that “Ashley Jordan has grown to be a multi-talented tour de force. At nineteen years old she’s twice the songwriter than most, as she sings her beautiful crafted tales of life and love with a gorgeous voice that’s filled with stirring emotion . . . with two top notch albums to her credit, a powerfully emotive voice and stellar song crafting skills, Ashley Jordan is destined for stardom.”

In March of 2012, Ashley was one of five artists nominated for “Country Act of the Year” by the New England Music Awards. In June, she was presented with five awards at the New England Country Music Awards show including Songwriter of the Year (New Country) for her song “Don’t Mess With a Songwriter” and CD of the Year (New Country) for “Liquid Words”. In Late 2012, Ashley completed her first music video to her original song called “Fading Away” which tells the story of how family/friends cope with a loved one battling an illness.

In early 2013, Ashley was nominated by fans and later won Limelight Magazine’s prestigious “Country Artist of the Year” award! Her music video “Fading Away” was also one of five videos nominated for “Music Video of the Year”. On April 10, 2013, Ashley won two coveted awards at the annual Worcester Music Awards: “Best Country/Americana Act” and “Best Female Vocalist”. The 2013 New England Country Music Awards presented Ashley with six awards including Female Entertainer of the Year, Female Vocalist of the Year, Music Video of the Year (“Fading Away”), Songwriter awards and more! As part of this competition (at a national level) Ashley performed in Tennessee in March of 2014 and won top honors in Songwriting and Music Video of the Year.

In late 2013, Ashley filmed a music video for her original song “If I had You” which was televised regularly on the Nashville Network (The Heartland) beginning in mid-November in the “Rising Star” portion of their top ten videos for the year! In early December, 2013, Ashley released her third “break-out” album titled “Nothing In Doubt” with producers Adam Jensen and Taylor Barefoot, which has been receiving high praise and radio play. Matthew Reid of Mix 104.1 selected Ashley’s song “If I Had You” as one of his “Best of 2013” songs for his show “15 Seconds of Fame” and touted Ashley’s newest album as “a great album…stands up to Nashville’s best.” Additional music videos were also released in early 2014 including “Weight of the World”, “Smoke on This Gun”, “Drink Some Whiskey” and “New England Tears”.

In 2014, Ashley’s song “New England Tears” was one of twelve songs selected from across the nation to be included in a music compilation titled: “Boston Strong: Don’t Let the Darkness Steal the Day” by Musicians For a Cause. 100% of the profit from this album goes to the One Fun Boston to support victims of the Boston Marathon Bombing. The 2014 New England Country Music Awards presented Ashley with seven awards in June of 2014 including Album of the Year (“Nothing In Doubt”), Female Vocalist of the Year, Female Entertainer of the Year, Music Video of the Year (“Smoke On This Gun”), Songwriter of the Year – New Country (“Angels”), Songwriter of the Year – Traditional (“It Is What It Is”), and Vocal Group of the Year. In addition to gaining numerous sponsors and supporters in 2014 (such as “Life Is Nutz,” a lifestyle and apparel brand), Ashley was also named as the “New Face of EXCES” and represents a high end line of fashion sunglasses for Eastern States Eyewear out of NYC.

Sept. of 2014 brought an exciting opportunity for Ashley. After competing against amazing musicians from across New England, Ashley was selected by judges at Boston’s Hit Radio Station WBMX Mix 104.1 to open their annual MIXFEST concert at the Hatch Shell in Boston. Ashley made a sensational performance of two original songs at Mixfest to an audience of over 40,000 people!