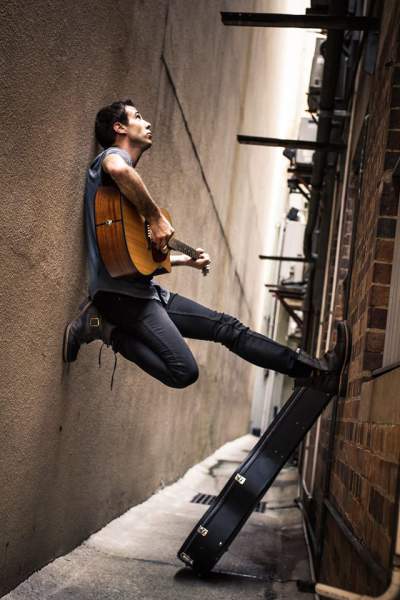 Since receiving a Russian reputation as “The Sting of Oz” (FAQ Café, Moscow) on a recent tour of Russia, Alex has returned home to Australian shores to add a Northern NSW mini-tour to further shows throughout Australia, which will lead up to the end-of-year arrival of his first full-length release, “Flight Frost”.

Receiving further praise in 2015 for his clear vocal tones and highly original songwriting, Alex Edwards’ first interstate tour to Melbourne & Adelaide in June added fresh buzz to memorable 2014-2015 performances in beloved Brisbane venues such as The Beetle Bar and The New Globe Theatre. This impression continued overseas during the release of his recent single “Revolutions”, with Modnoe FM in Saint Petersburg summarising after a live in-studio concert, “beautiful songs, sensual voice.”

While personifying the style of “one man and his guitar” (Tapio Ylinen, Eclipse Music), the singer-songwriter’s journey to the release of his debut album “Flight Frost” remains highly inspired by all of the musical and creative characters he has had the chance to meet. Strengthened by the impact of such artistic connections, Alex Edwards’ build-up to the Flight Frost album release certainly evokes California’s Musication 104 FM’s comment, “This kind of really represents an indie artist”.