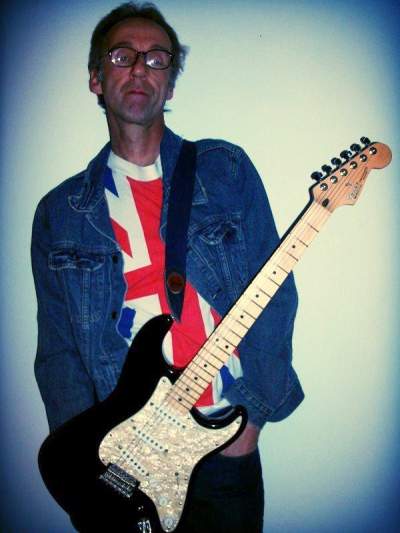 Albert Phillips, whose family originally hail from Kilkenny, Ireland grew up Irish American in South Trenton, NJ. Releasing his third album Chasing Blue Sky in 2014, Albert Phillips is one of the most significant singer-songwriters to emerge from Trenton sense Nona Hendryx (Labelle). Clearly, he is a rock musician whose star is on the rise and one to watch.

Between the years 1976-1981, Albert played rhythm guitar in various rock bands in and around the South Trenton area. In 1982, Albert Phillips switched instruments and he became a bass guitarist. He was the bass player for two of the last bands he played with Spirit Tooth (1982) and Tyre Iron (1983), a metal band he formed with lead guitarist Douglas Schumann. In 1985, Albert and his family moved to Florida and he gave up on music as a career.

In April of 2002, Albert Phillips resurfaces in the Central Florida music scene when he lands a gig at Chaz’s Italia ristorante in Palm Bay, Florida. He sings and plays acoustic guitar there, every Saturday for the next four months with most of his sets consisting of all original material. Many of these songs would later end up on his self-titled debut album Albert Phillips, released in January of 2013.

In December of 2002, Albert Phillips submits a demo to Jewel through her company Soul City Café. At this time, Jewel is looking for an opening act for her 2003 US tour and Albert is one of the musicians considered for that spot.

On October 15th 2014, Albert Phillips entered the Reverbnation singer-songwriter chart ranked at 968 for the entire US. Eventually, he would climb the US ranks all the way as high as 31 and his global ranking worldwide would rise as well, climbing to 39. In all, over course of his career Albert Phillips has cracked the Reverbnation Top 100 a total of 74 times. This is pretty remarkable to say the least, when you consider that Reverbnation is home to nearly 4 million musicians, labels and industry professionals.